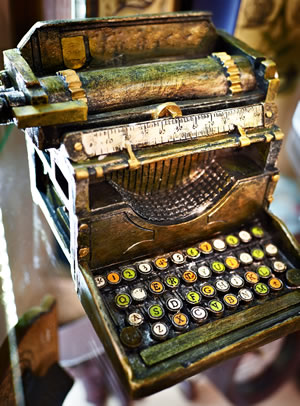 Do you believe in aliens? I have seen television shows, movies, and news articles about aliens and ufos and believe human beings have an inherent fascination about extraterrestrials. I am a true believer that we are not alone in the universe. There is a lot of historical evidence on planet earth that suggests this may be fact. What do you believe? Has alien technology assisted us to develop so quickly as a civilization? What if there is alien technology available, but the governments of the world have covered it up. May be they discovered an unlimited power source, but they are unable to stabilize it because of lack of knowledge or fear of the unknown. This power source could revolutionize the world and bring us one step closer to unlimited power, a pollution-free planet, and an understanding of worlds beyond our own.

I had a vision a few years ago about writing a fictional book about a bizarre steampunk carnival powered by ancient alien technology. The book will appeal to all sci-fi and steampunk fans with its unique and colorful characters. The characters are dreamt from my imagination which all tell their own story. Each character has their own personality with special abilities, skills and desires and they have the choice to enhance themselves at a mortal price. Most of the characters wear steampunk-like gadgetry which are not powered by steam, but with a smart alien power source called Lodscovium. The technology is unstable and produces a toxic mist which is deadly overtime without protection.

The characters will realize their true identity, fears and learn how to survive based on life-changing decisions. Their experiences will forever change who they are while they discover and face their inner fears. The carnival will forever be a part of them. If they risk the truth, it may put themselves and their family in mortal danger.

Want to learn about the characters in the book? Check out Llod's Carnival Playing cards!

The Llod's Carnival book is slated to be released on October 31, 2022.

Learn the truth about our past and you will question reality.